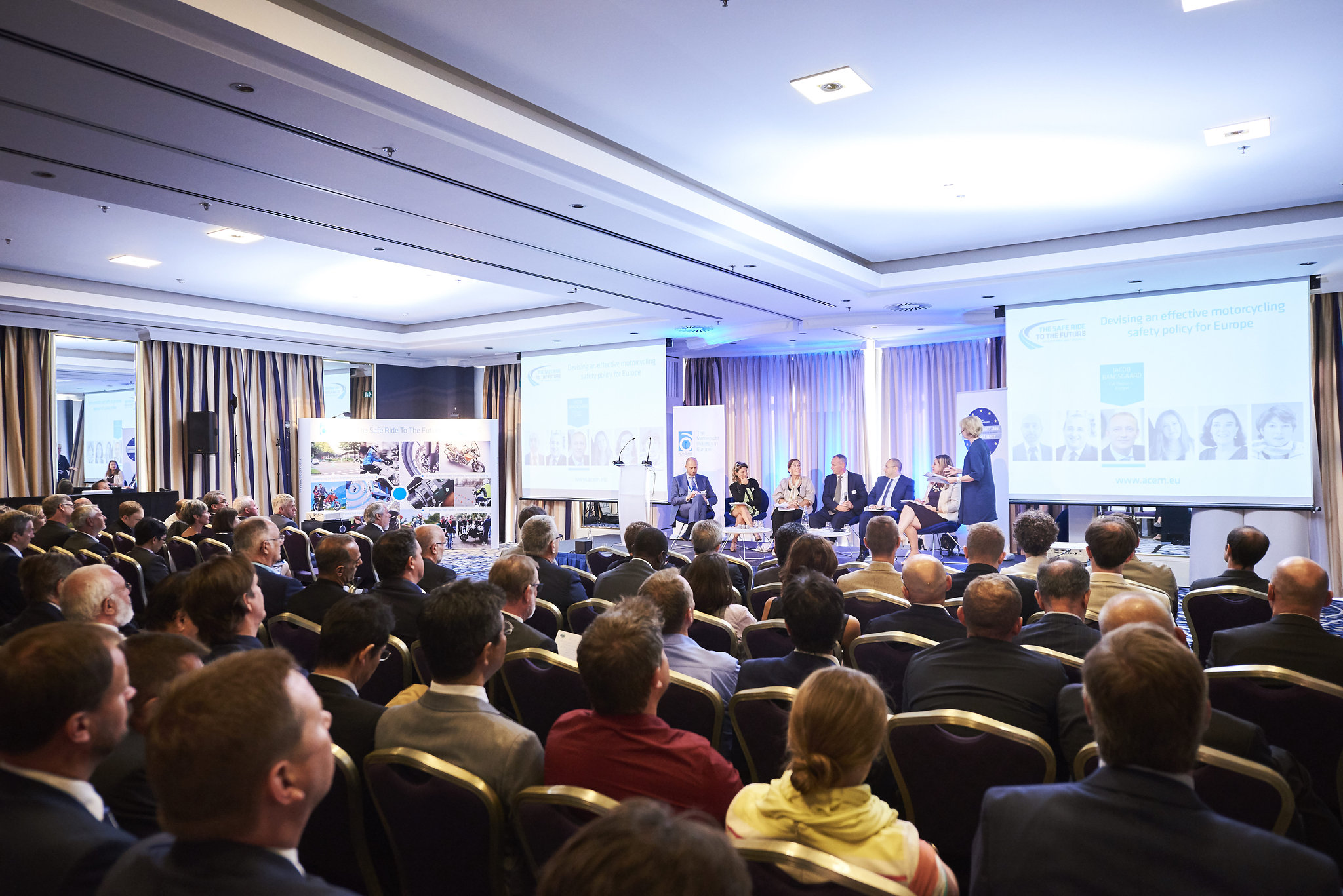 « Sustainable motorcycling » is indeed the way forward to keep PTWs as part of the transport mix in the future (semi-)automated transport system. In this safety context, « sustainable » is meant to refer to « safer vehicles », « safer environment », and not the least « safer drivers », the latter requiring a better training framework at European level.

At its 12th annual conference, held on September 7th, the Motorcycle Industry association launched the DVR/ACEM label on post-licence training. Though positive, but with no common training framework today in Europe, this initiative sounds like a drop in the ocean of PTW training needs, but as small streams make big rivers,  one must applaud. 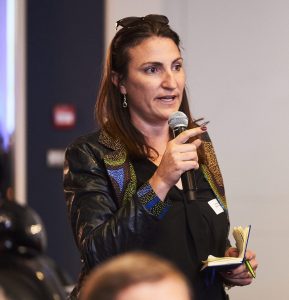 At this occasion, Aline Delhaye, with her RIDERSCAN project coordinator hat on, took the opportunity to ask the European Commission’s representative about plans to set up some training framework,  reminding RIDERSCAN outcomes and stakeholders’ unanimous call for an pan-European framework on training matters. Unfortunately, the European Commission could not provide any way forward in this direction.

She also asked for some additional details on this new industry initiative on Intelligent Systems for PTWs. 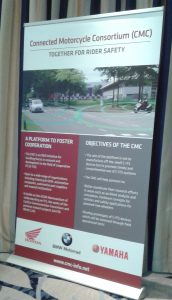 Called Connected Motorcycle Consortium, this initiative launched by R&D departments from BMW, Honda and Yamaha is announced as a platform aiming to foster cooperation between stakeholders in the context of C-ITS deployment issues and better integrate PTWs. This is about time and it is now required that other manufacturers join the work as the challenge is worth effort. Indeed, in a soon/already existing semi-automated traffic environment, PTWs must be integrated in car detection algorithms for the least and at best be considered as full traffic components in traffic scenarios and models, which remains to be designed…